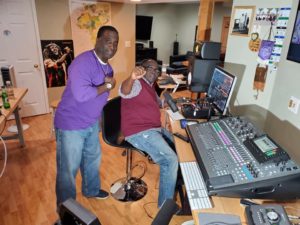 SkoolDaze Radio is a global internet radio station passionate about world music and new emerging artists. We also have talk shows and interviews, with various hosts covering a wide range of topics. In addition to live streaming, SkoolDaze Radio maintains a metric ton of playlists covering every genre, from almost every decade, and even most moods. So if you’re looking for your school days hits, current hits, gospel music, music to play at BBQs, gatherings, or just a good world music station, SkoolDaze Radio has you covered. … We are 24/.

Our job is to give other people a voice, to let them be heard. The general public deserves the truth. Nevertheless, everybody is owed privacy and respect. There are strict laws against defamation and calumny both in Europe and in the USA.

Radio broadcasting is a «hot» media. Hot in the sense that it brings the news immediately, right as it’s happening, also because it’s a man or a woman talking to other men and other women, be they young, adult or old. It’s a voice. But one must tread carefully when it comes to fastness. One should never spread neither rumor nor hearsay. History has shown us just how far disrespecting exactness and objectivity can lead.